So, for those who are reading these blogs, animation - It’s a big old topic so I’m splitting this blog over the next couple of summer months.

The thing is you all know I’m a lesbian, big deal. What about me? Who am I? And what do I love? It should be no surprise that art and animation are up there to make the one big happy triangle of love when you throw in Disney. When I say Disney, I don’t mean I just like Disney films. When I was a kid, I dreamt of being a Disney animator and this dream led me to study animation and work, briefly as a storyboard artist.

Let’s begin! My early years – Age 6, take a look at the photo of me in the local newspaper.

I can recall seeing an old chap with a sketchbook outside King’s School in Gloucester drawing Gloucester Cathedral. Yeah, my first school was Hogwarts. How cool is that? And, get this, in the books there is an Emma Dobbs character…weird, anyway, I got inspiration from seeing this old dude sketching and told my teacher I wanted to do this too. What’s interesting to see is at 6 I didn’t know much about composition. I started the drawing from the top left steeple and worked down on an A4 piece of paper. By the time I had finished, I had about 9 sheets stuck together. I also want to point out, that the newspaper drew over the picture in a big black pen so you could see it in the paper – those are not my lines, mine is a very fine pencil.

Moving on, to age 13 and at this time in my life, its’ fair to say I am fully immersed in Disney and a love of animation. Take a look at the photo at my art desk, again I was featured in a local newspaper. And yeah, they spell my name wrong at the end. Duh. 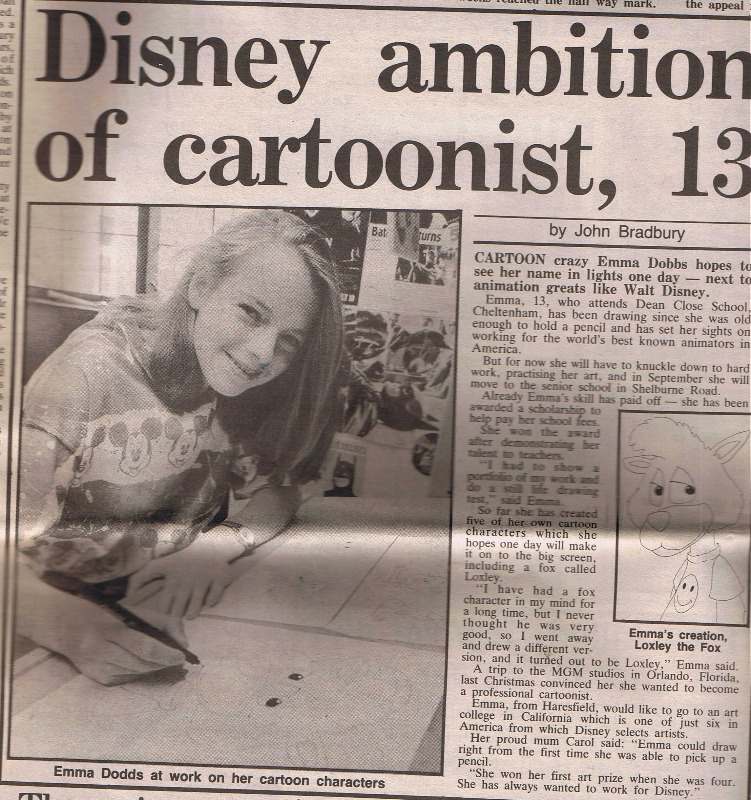 My parents had bought me an art desk one Christmas and my dad had skillfully made his own version of an animation desk with light board, so I spent hours, weeks, and months drawing my own comic characters; Bobby the Bear, Loxley the Fox and Benny the Beaver to name a few. I had moved on from selling little card pictures at the door of my bedroom to my family. About this age I definitely wanted my own comic strip, published and I did enter a lot of competitions with these characters.

We also had been to Disney World in Florida a lot by the time I was 13. We’d been going since I was 8 and would continue to go until about 2008. I mean, it’s a little weird to say that I’ve been over 35 times. It makes me feel like I have been incredibly lucky and very spoilt. It was not like we were stinking rich either, so my parents definitely made the choice to have that one amazing holiday a year and pass on the other things, let’s say.

Take a look at the Disney photos. 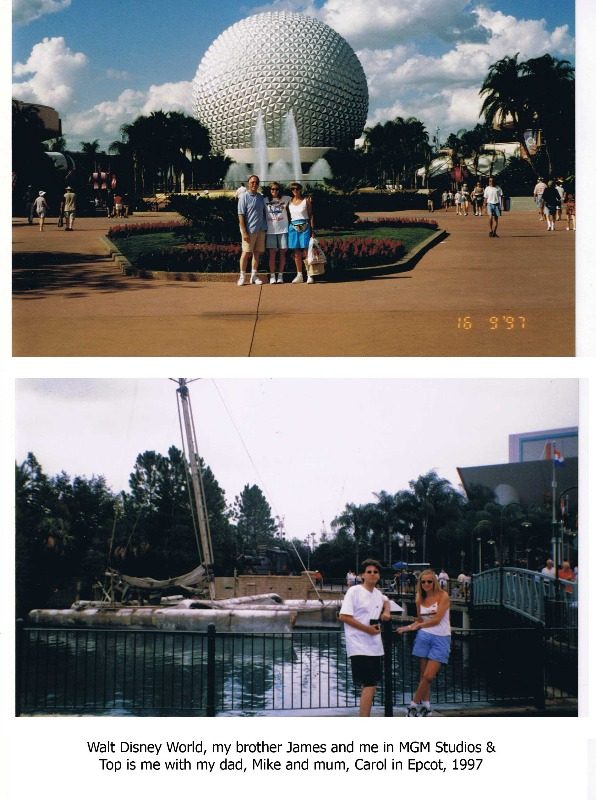 James and I have been influenced SO much by our childhood and Disney. See the Animation Studio picture? That was a ritual photo every time we went. My family has always supported my art and for James, it was music, technology and how theme parks worked that floated his boat. Get this; he has worked in a theme park his whole life! I’m so proud of him, he is living the dream and the reality of day to day theme parks that we both were so enamored with throughout our childhood. 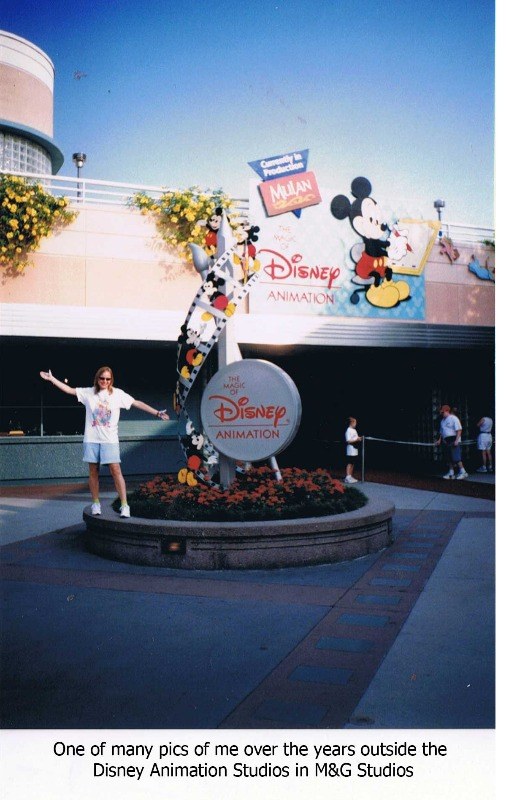 So, in the early years, as a kid, Disney ruled and my favorite Disney film still to this day is The Little Mermaid.

Released in 1989, we had been going to Disney since 87’ so we were still very much wide eyed and amazed at the MagicKingdom. Throw in this film and the story of Ariel wanting to be part of that world and the music by Alan Menkin, that I would listen to and sing at every opportunity – and the result? You have one young girl who began her dream of being an artist and a Disney animator.

Okay so that’s it for now, I’ll leave you with a few other animated non-Disney films from the 80’s that are fantastic. See you next month for the teenage years and thanks for reading.